We stand for expertice and years of experience in a wide variety of legal disciplines. Get to know us better. 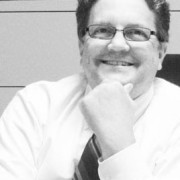 Mr. Haus (pronounced "house") has been a resident of the Kansas City area for more than fifty years. His early childhood was spent at various military installations throughout the United States, England and the Philippine Islands. Mr. Haus lived at Richards-Gebaur Air Force Base in south Kansas City and is a graduate of Belton High School. Mr. Haus is a graduate of Longview Community College and the University of Central Missouri (formerly Central Missouri State University) and holds a Bachelor of Science degree in Criminal Justice.

Mr. Haus became a law enforcement officer in 1983 and served in that capacity for thirteen years.

Mr. Haus attended the University of Missouri-Kansas City School of Law, graduating in May, 1996. He was admitted to the Missouri Bar in September, 1996, and to the Kansas Bar in March, 1997.

Mr. Haus began his legal career as an associate attorney with the Kansas City boutique firm of Furry and Smith, PC. During his tenure there Mr. Haus handled a full case load of primarily personal injury cases, trying both judge and jury cases throughout the area.

In May, 2000, Mr. Haus was recruited by the Kansas City, Missouri Police Department (KCPD) to serve as an attorney in the KCPD General Counsel’s Office where he served until December, 2011.  During his time at the KCPD, Mr. Haus litigated hundreds of auto liability and personal injury cases including claims against the KCPD and claims by the KCPD. Mr. Haus also handled hundreds of Workers’ Compensation claims and claims brought under a variety of areas of the law including civil rights, employment, property damage, search and seizure, forfeiture, wrongful death, excessive force, etc. Mr. Haus also helped draft and negotiate millions of dollars in contracts and agreements for everything from minor office equipment purchases to ten million dollar helicopter agreements and forty million dollar construction projects.  Mr. Haus also provided extensive training to police trainees in the areas of statutory and constitutional law and to tenured officers in wide variety of legal topics.  In addition, Mr. Haus was frequently consulted by case detectives and case supervisors in ongoing investigations including many high profile murder investigations and other cases.

(Appeal of Denial of Unemployment Benefits)

(Appeal of Dismissal of Petition for Declaratory and Injunctive Relief)

(Appeal of a Defense Verdict in an adverse possession case) 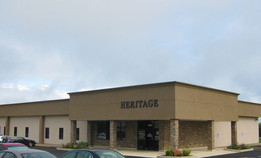